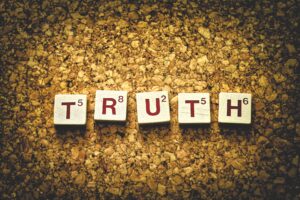 In a recent article in TIME magazine, Lyz Lenz wrote a brilliant article “Shouting Into the Void: How many personal stories must women share to convince others of their humanity?” I am moved by this article, so I want to share some of it with you, and then a few comments from me.

“Women have long been compelled to share their most private moments in order to convince others of their humanity.”

“As more men, including the President of the United States, have been publicly accused of assault and misconduct, and more states have passed laws that restrict our abilities to make decisions about our own health care, women have been repeatedly reminded of this country’s disregard for our bodily autonomy [independence] and indifference to the reality of our lives.”

I came out publicly years ago stating that I was sexually, physically, and emotionally abused by my father. I’m not the only one in our family, but I’ve chosen to let these siblings tell their own stories, yet, I needed to let go of this painful secret because it was causing my health and wellness to disintegrate. Yes, I became ill time after time because my mind, body, and spirit were overwhelmingly stressed due to the memories of my father and his abuse.

How many women must come forth and tell their stories until the world acknowledges that women are often abused and degraded every day by men? And it is not just in the U.S., women are harshly treated all over the globe. With online media, stories and stories of abuse are appearing daily, yet it does not seem like action is being taken to keep women safe.

I want to be safe in this life, and that means I do not want men to assume “I like” being abused and raped, because I do not!

“The President, who been accused of sexual misconduct by more than a dozen women, still sits in the White House, still overseeing a political system, still nominating judges to lifetime roles, stripping away our control over our own bodies. He’s denied all allegations, and the nation, by and large, has shrugged them off too.”

When powerful, rich men decide women are equal humans, we can get the dark secrets out in the open without feeling ashamed and start healing.

Thank you, Lyz Lenz, for your superb but sad article. Never Give Up, Lyz!!!

Never Give Up on You!